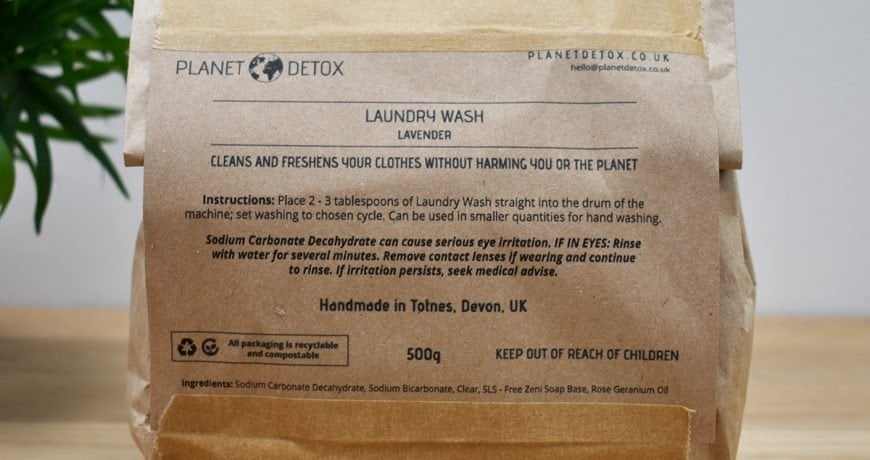 Reasons why you should ditch commercial laundry detergent and conditioners

Here are many reasons why you should ditch commercial detergent and conditioners. Doing so is better for you and the world around us.

Have you ever considered what chemicals are lurking in your laundry detergent and conditioner? What’s more is, have you ever stopped to think what these ingredients can do to both you and the environment?

The average family does between five and ten loads of laundry every week and uses both detergent and conditioner in liquid or powder form. While your favourite brand of soap may get your whites white and keep your delicates soft, they are also full of not so pleasant ingredients.

Ingredients such as fragrances, detergents, foaming agents, surfactants, and chemicals with impossibly long names, are all artificial and have been known to cause skin irritation, allergic reactions, respiratory issues and other side effects. Some commonly used ingredients have even been found to have carcinogenic properties as well as running the risk of hormone disruption, vertigo, asthma, and chronic headaches. A pretty high price to pay for sweet-smelling undies.

These products and the ingredients in them are also really bad for the environment. Detergents do not biodegrade and instead they contaminate water supplies, rivers, and oceans with heavy metals that include cadmium and arsenic. A variety of studies have also shown that phosphates- a commonly used ingredient- builds up in rivers and waterways and can cause algae blooms that starve fish and underwater plant life of oxygen. Surfactants are toxic to fish and marine life and eventually break down into still-toxic by products. In a freshwater environment such as rivers, surfactants erode the protective layer of mucus that protects the fish from parasites and bacteria, putting their numbers at risk. They have also been found to decrease the breeding rate of fish, due to the effect they have on the endocrine system.

Last but not least, many of the commercial products you buy come in plastic containers. Most of these are single use and many are non-recyclable. Considering how much detergent we use and how many people use it, these containers end up having a significant impact on the environment as they more than likely end up in landfills.

BUT, there is another way. At Peace With The Wild, we firmly believe that as laundry is a necessity, you should be doing it in the most eco friendly way possible. So we have brought together a selection of products that we feel will do the best job at cleaning your clothes, whilst having the least negative impact on you and the earth.